A few years ago, I was introduced to a highly motivating, fast-paced academic version of the games Spoons. After playing a few rounds and having a lot of fun, I knew this was something I wanted to incorporate as much as possible into my classroom.

The academic version of Spoons is a great way to motivate your students to review almost any concept! (If you are not familiar with the regular card game, click here to read about it)

My own students request to continue playing it a recess, and they literally cheer when I put Spoons games in their math centers for the week. (Read more about math centers in my classroom here.) Read on to learn how you can play spoons in the classroom with your students and grab free games! 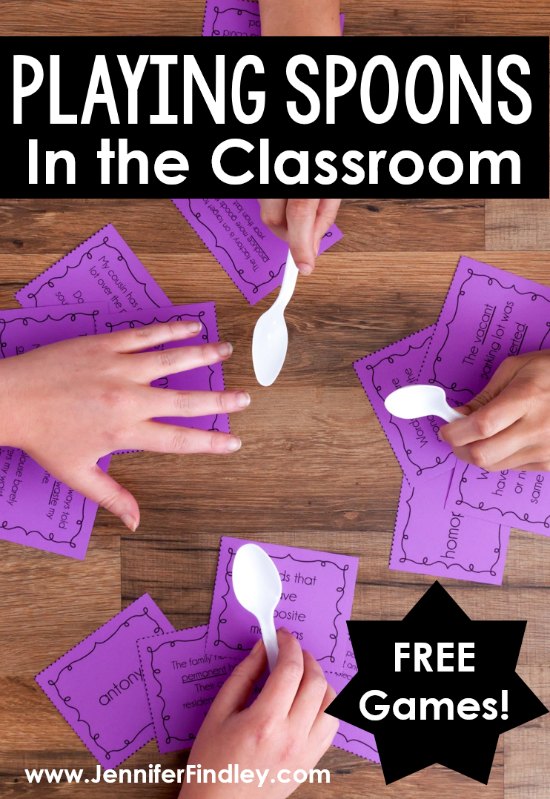 Directions for Playing Spoons in the Classroom 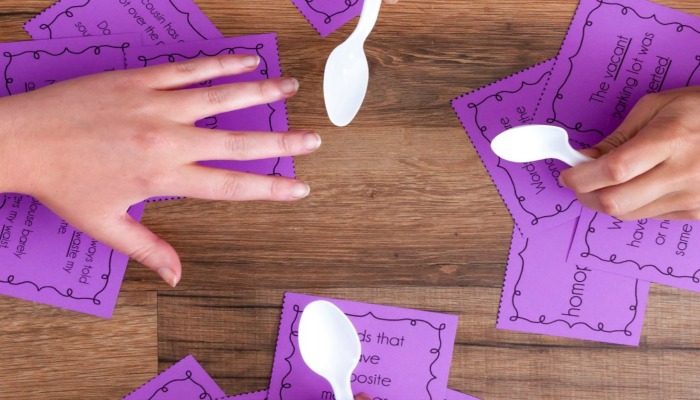 Differences Between the Traditional Version of Spoons and My Version

If you are familiar with the traditional Spoons game, there are some differences that I made to keep the game educational and realistic as far as prepping and playing.

The main difference between this game of spoons in the “fun” game of spoons is that the last person to grab the spoon is not eliminated. They have to tell the person with the match to “Prove it.”

Another difference is there are only 16 cards, enough for each player to have four cards. There is no draw or discard pile. The students keep passing the same cards for the round.

The final main difference is that the matches are not perfect matches in the sense that each card shows exactly the same word, number, or phrase. Here is example of a four card “match” from my Main Idea Spoons game. 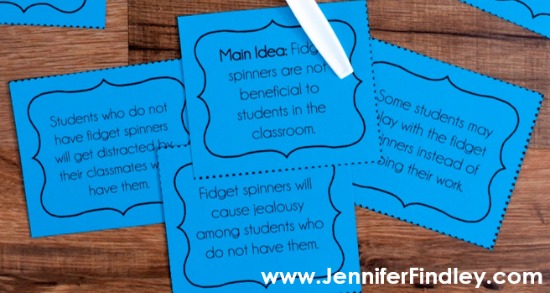 As you can see they are not matches in the sense that every card says the same word or phrase. Instead they are matched because the three supporting details support the main idea. This takes the rigor up a notch and really makes the students think when they are deciding which cards to keep or switch. It also ups the rigor when it comes time for them to prove their matches.

Making Your Own Spoons Games

These are pretty simple to make your own once you choose a skill or concept that can be reviewed with four matches. To be honest, choosing a skill that works for this type of game is the difficult part. Not all skills will have four “easy to come up with” matches and sometimes you have to be creative.

Once you have chosen your skill, you will need 16 index cards or pieces of card stock. Write your four sets of four matches on the cards. Create a quick answer key and you are done. Here is an example of what a hand-created match for a Parts of Speech Spoons game could look like. 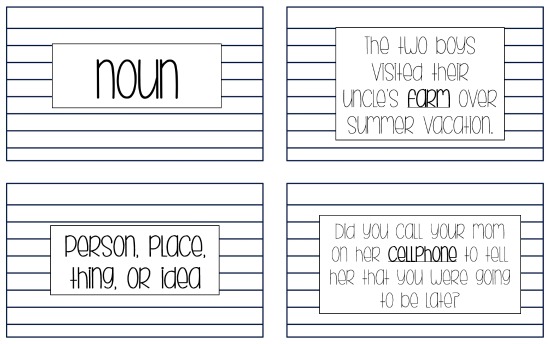 For this game, the students could be matching basic parts of speech (nouns, verbs, adjectives, and adverbs). The cards shown would be a complete match for noun: the card labeled noun, the card defining nouns, and two sentences with nouns underlined.

Don’t want to make your own Spoons games? Keep reading until the end of this post because I have two free Spoons games for you to try with your students and links to where you can purchase some more, if you want!

Teaching the Spoons Game to Your Students

One of the best parts of using this game in the classroom is that you teach the game one time, and then your students can play it over and over with new educational concepts. All they need to know is that they are looking for or matching in the new game and they are good to go. For an extra challenge for some groups, sometimes I don’t always tell them what they are looking for as far as matches. This makes the game similar to an open sort and really makes the students think about how the cards relate.

To initially teach and introduce the game, I do like to use a very simple version that only has the students matching numbers. This allows the students to get comfortable with how the game works, passing the cards, proving their matches, assigning letters, etc. This also allows me to explicitly model my expectations for playing. We play the simple version for a couple of quick rounds and then I introduce the first academic spoons to finish out the rounds.

**Click here to grab the Simple Game for Introducing Spoons for FREE!**

Want to try out the academic version of Spoons with your students? Or just want a closer look at how the games work to see if they are a good fit for your class? Try these free games!

More Spoons Games for the Classroom 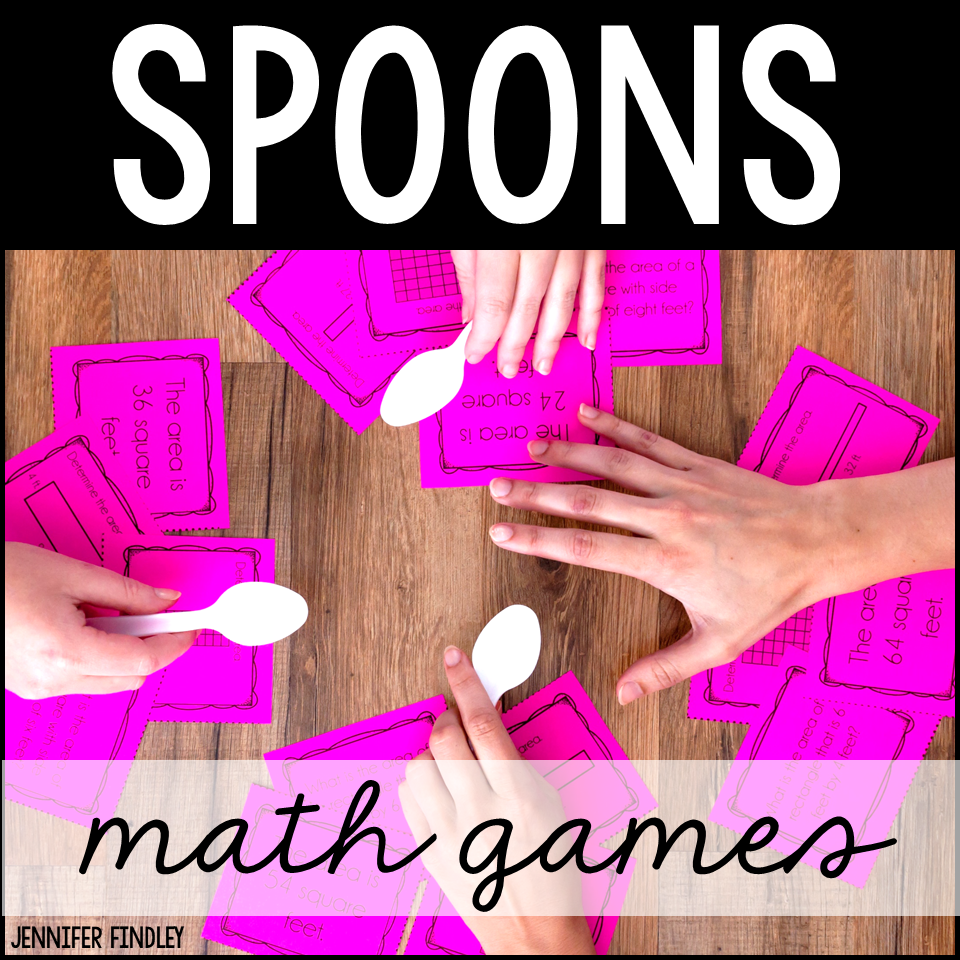 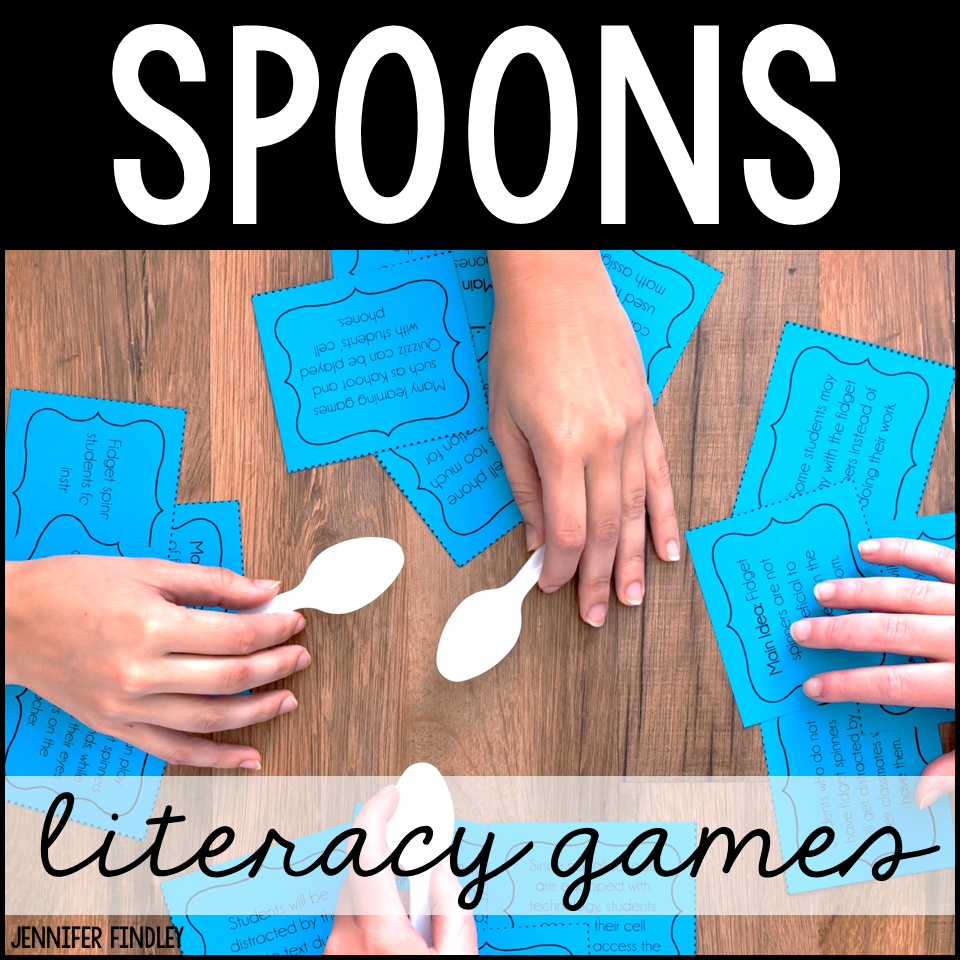 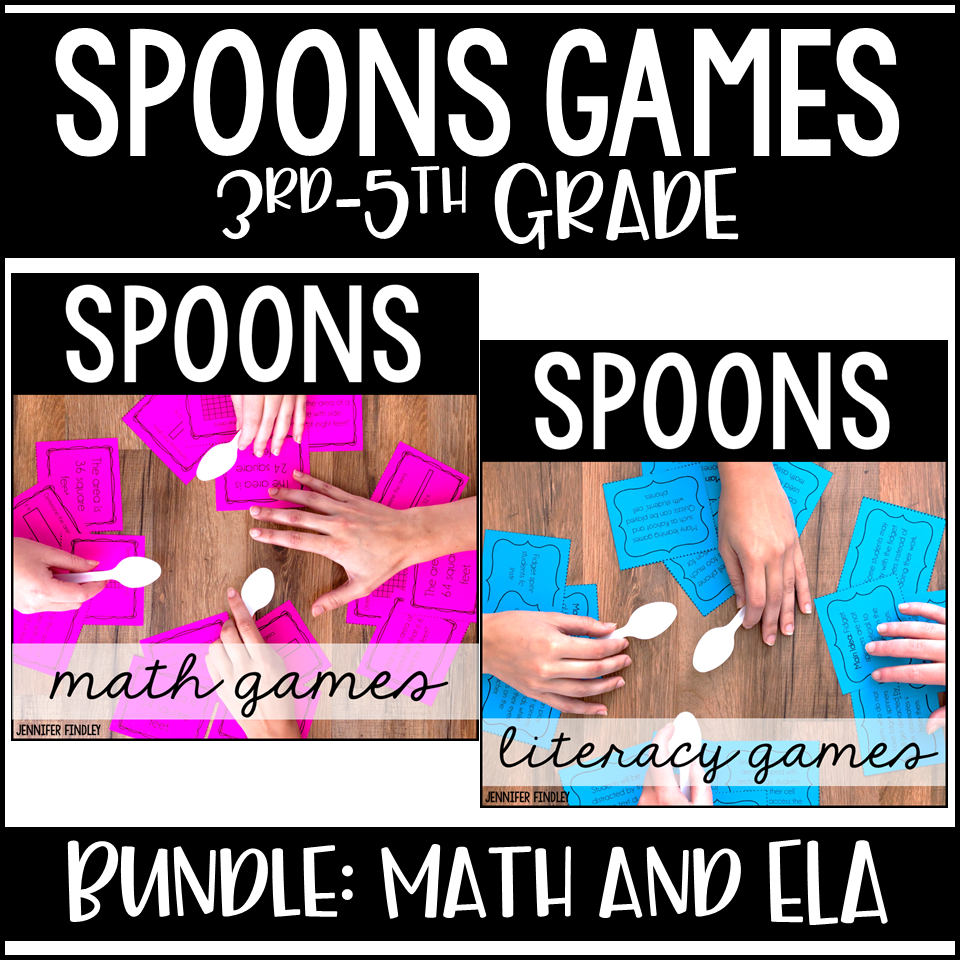 What do you think about playing Spoons in the classroom? Is this something you have done or could see yourself doing in the future? Let me know in the comments! 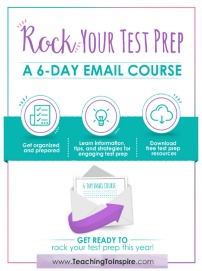 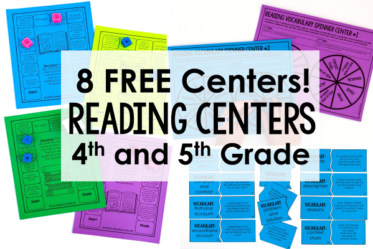 FREE Reading Games and Centers for 4th and 5th Grade 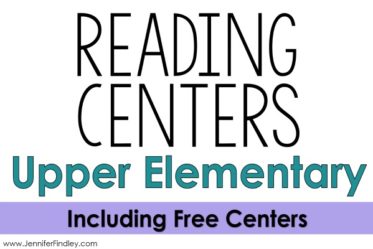 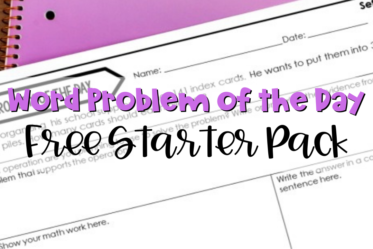